HOW LONG DOES IT TAKE TO IMMIGRATE TO THE U.S.? 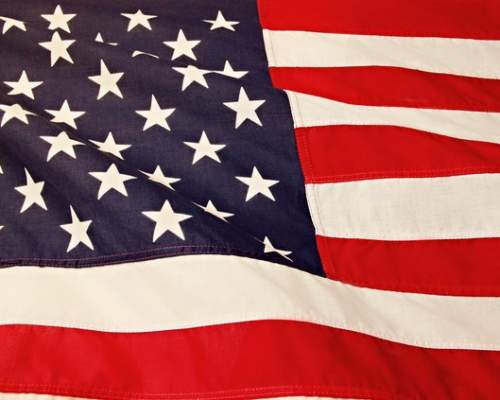 Immigrating to the United States is a lengthy and cumbersome process that includes long delays due to visa backlogs. In order to maintain an orderly immigration process, the United States has established a waiting list system. While this makes for an orderly process, it has created backlogs of many years for certain countries under certain categories. It is important to understand how the system works which will allow you to estimate more accurately how long it will take a person to actually immigrate to the United States. This will also make it easier to understand why some people seem to immigrate quickly while others take much longer.

In order to understand the system, you must know that there are three major categories of people who can immigrate to the United States. Depending into which group a person falls will greatly affect how soon he or she can immigrate:

There is no limit to the number of these people who can immigrate to the United States. Therefore, there are no backlogs. This means that such a person can immigrate as soon as the documentation is completed. For a person living outside the United States who fits within this category, there are three distinct steps. The average processing time is: 7-8 months for the visa petition to be approved by the Immigration Service; 1-3 months to receive a set of forms from the Department of State known as Packet 3; and 2-4 months until an interview is scheduled at the American Consulate. For people in the United States, the process is usually shorter. In such a case, the total processing time may be 9-12 months depending upon the Immigration Service office which has jurisdiction over the place where the immigrating person is living.

2A – sons and daughters under 21 years old and spouses

2B – sons and daughters over 21 years old

Since there are over two million eligible people in the family preference category but only 350,000 spaces available, not all of them will be allowed to immigrate this year. Most preferences have become oversubscribed, creating backlogs. This means that some persons in those preferences must wait until the next year to immigrate and some, even longer. Individuals immigrating under the First Preference category currently have a wait of approximately six years. Historically, Fourth Preference has been greatly oversubscribed, with a waiting list of 12-15 years. Persons who fall in the Second Preference for spouses and children under 21 years old may have a wait of between 5-6 years. Persons who are Second Preference sons and daughters over the age of 21 have a wait of approximately 9-10 years. The third preference backlog is approximately 8 years. The Philippines and Mexico usually have much longer family preference backlogs than the rest of the countries in the world.

Second Preference – Members of the professions holding Master’s or Ph.D. degrees or persons of exceptional ability in the sciences, arts or business.

Third Preference – Professionals, skilled workers, and other workers. Other Workers are a sub-category of persons who are in jobs which require less than two years of education, training and experience. This sub-category is currently experiencing a 5-8 years or more backlog.

Fifth Preference – Investors who create employment in the United States.

Except for the Other Workers category and some people from the Philippines, China, and India, employment preferences currently have no serious backlog for Second Preference and a 2-3 years backlog for Third Preference. However, the government processing time is considerable. Even when there is no per country backlog, the average processing time a labor certification/visa petition/adjustment of status process is approximately 1 to 3 years.

1. COUNTRY OF NATIONALITY
Congress has established a maximum limit as to the number of people that can come from any one country in any given year. Historically, certain countries in the world have contributed more immigrants than others. Currently, there are four countries in the world which reach their maximum each year: China, India, Mexico and Philippines. Persons who are born in these countries therefore, have a greater likelihood of having to wait longer to be able to immigrate than persons in the same preference category from other countries.

2. PER CENT ALLOCATIONS BETWEEN PREFERENCES
The law does not allocate equal numbers to each preference category, nor is there an equal demand for each preference category. For example, family first preference (unmarried sons and daughters of U.S. citizens) is allocated 23,400 visa numbers per year. Fourth preference (brothers and sisters of adult U.S. citizens) is allocated almost three times as many visa numbers per year, 65,000. Unfortunately, currently over 1.5 million people are waiting in Fourth Preference. Therefore, there are substantial delays in this category.

3. FALL DOWN
The law requires that all numbers be used each year. Under certain circumstances, one category may not use all of its numbers. The leftover numbers from a higher preference category usually fall down to a lower preference category. For example, if all the numbers allocated for Family First Preference are not used up in a year, the unused numbers would go to Family Second Preference to be used by spouses and sons and daughters of permanent residents. Brothers and sisters of United States citizens are eligible to receive any numbers not used by the first three Family preferences. Unfortunately there are no unused numbers that ever reach fourth preference.

VISA BULLETIN
Each month, the State Department notifies the public as to who can actually immigrate to the United States in that particular month. Visa bulletin information is available through our web site, or at www.state.gov or by calling (646) 429-9700. Based on the preferences (remember that immediate relatives are not limited, and therefore, are not included in the Visa Bulletin), three pieces of information are given based on each category.

Current: means no backlog exists at all and everyone in that category can immigrate, assuming all of the paperwork has been properly completed. When a category is current, it is noted in the Bulletin by the letter “C”.

Unavailable: means no visas are available during that month for the category. Therefore, no one who fits within that category can immigrate to the United States. When there are no numbers available, this is designated by the letter “U”.

Cut-Off Date: by considering all of the factors explained earlier, the State Department tries to estimate how many people can be allowed to immigrate in a given month so that all the numbers available for that year will be used up by the end of the year. They do this by establishing cut-off dates. These dates are used by the Immigration Service and the State Department so they can issue visas to people who then become permanent residents of the United States that month.

Each person who is within one of the family or employment preferences is given a priority date. This is the date that a visa petition or labor certification was filed on the person’s behalf. By keeping track of that date, it can be estimated, by looking at the Visa Bulletin, how quickly a person will be able to immigrate to the United States.

When person files visa petitions for family members, they usually want to know how soon their relatives will be able to immigrate to the United States. When employment based visas are filed, people want to know how long until they can immigrate. The best way to estimate the time it will take for a category to move to a particular date is to check with the State Department for a few months to see how fast the cut off dates are moving in that particular category. By looking at the cut-off date and calculating the speed it is moving, it is sometimes possible to estimate how long it will take for that priority date to become current.

If after reading this you have questions about immigrating to the United States through investment, or any other immigration matters, please CONTACT A Sharma Law Firm, PLLC and arrange an appointment with our Attorney at our New York office. The information in this article does not constitute legal advice. The law is constantly changing, and we make no warranties of the accuracy of information.

2021 © A Sharma Law Firm, PLLC. All Rights Reserved | This web site is designed for general information only. The information presented at this site should not be construed to be formal legal advice nor the formation of a lawyer/client relationship.