HOW CAN YOU IMMIGRATE TO THE UNITED STATES? 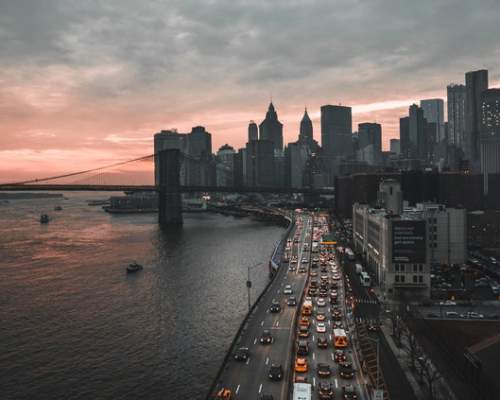 For many, immigrating to the United States is a lifelong dream. However, the United States places limits on the types and numbers of people who can come to permanently reside in the U.S, like most of the first world countries.

480,000 people every year immigrate to the United States because they have U.S. citizen or permanent resident relatives. There are eight categories of people who can immigrate based on relatives. Under normal circumstances, a U.S. citizen or permanent resident must first file a visa petition for a foreign relative before that relative can start his or her own immigration process.

Becoming the spouse of a U.S. citizen is the fastest, easiest way to immigrate to the United States. However, this is also the most common source of immigration fraud, where a foreign national marries a United States citizen only for the purpose of obtaining a green card. This is against the law and if the USCIS finds out, such immigrant will be required to leave the United States with virtually no possibility of ever immigrating again. To prevent such fraud, the law requires that for marriages less than two years at the time permanent residence is initially granted, both spouses must file a joint petition two years later thereby proving that the marriage is still valid.

Any United States citizen over the age of 21 can petition for his or her parents. This is the second group in the category known as immediate relatives and is also a very quick and easy way to immigrate.

Any unmarried minor child (under 21 years of age) of a U.S. Citizen is also considered an Immediate Relative. If the U.S. citizen did not pass on citizenship at the time of the child’s birth, this procedure can be used. As with the other two immediate relative groups, there is no wait to immigrate. Please note; however, that when a child turns 21, he or she is no longer an immediate relative and will be moved into the category known as “first preference.”

When children of United States citizens turn 21 or marry at any age, they are no longer classified as immediate relatives. Instead, they move into a preference category. As with all the preference categories, a limit is placed on the number of persons who can immigrate to the United States each year. Because more persons are eligible to immigrate than there are numbers available, there is usually a backlog of a year or more in this category. Countries like India, China & Mexico, have a considerable First Preference backlog since there is a large number of eligible immigrants from these countries who are in this group.

5. SECOND PREFERENCE (A) – SPOUSES AND MINOR CHILDREN OF PERMANENT RESIDENTS

6. SECOND PREFERENCE (B) – UNMARRIED SONS AND DAUGHTERS OF PERMANENT RESIDENTS

This category is for unmarried children over the age of 21 who have a Permanent Resident parent. The backlog for children under 21 is approximately 5-8 years. The wait for children over 21 is currently estimated as high as 10-15 years. Because there is a substantial backlog, it is advantageous for permanent resident parents to become United States citizens as soon as eligible so that their children can immigrate much quicker under First Preference as sons and daughters of United States citizens. However, a person can opt out of being upgraded when their parent becomes naturalized.

PROCEDURE FOR RELATIVES TO IMMIGRATE

The persons described above are the only ones who can be petitioned by their U.S. Citizen or permanent resident relative. Grandparents, aunts, uncles, or cousins cannot file a visa petition for you.

Employment Not Requiring Labor Certification – There are three employment-based preference categories, which do not require a labor certification:

There are three groups in Employment-Based First Preference Category: a) persons of extraordinary ability, b) outstanding researchers and professors, and c) certain multinational managers and executives. A person who falls in one of these groups does not need to prove there is a shortage of U.S. workers. Unfortunately, not very many people are eligible for the first preference category.

Although religious workers must have employers, they do not have to prove there is a shortage of qualified U.S. workers. However, the rules are very specific as to the requirements, which must be met in order to be classified as a religious worker. There are a few other special immigrant categories, but they have very limited application.

Certain investors are included in the employment-based preference categories. However, because they create employment and do not take employment away from U.S. workers, they do not have to go through a labor certification process. They must instead, be prepared to invest $1,000,000 ($500,000 under certain conditions) in a new business and employ at least ten U.S. workers (See Millionaire Category below.)

b. Employment-Based Third Preference: Skilled Workers, Professionals and Other Workers

Persons in both second and third preference categories must go through a complete labor certification process. In order to successfully complete this process, an employer must demonstrate that there is a shortage of U.S. workers. To do this, the employer must advertise in a local newspaper and may have to perform other recruitment efforts. This is a time-consuming and very complicated process. Most employers or immigrants who make use of this process retain attorneys to assist them. (For further information, please see “How can you Immigrate to the United States through Employment?”)

The investor can also purchase an ongoing business; however, in doing so, the $1 million investment must increase the value of the business by at least 40%. And, the expanded business must employ at least 40% more persons or an additional ten persons, whichever is higher.

An investor may also qualify with an investment of only $500,000 if the business is located in a targeted employment area (area of high unemployment or a rural area). However, all of the other rules apply, including the need to employ at least ten US workers.

An investor is granted conditional permanent residence for two years. At the end of two years, additional documents must be filed with the USCIS to establish that the business has survived the previous two years, that the required capital was invested, and that the required number of U.S. workers have been employed. If the investor is successful, the condition will be removed and the investor will become a regular permanent resident. (For more information, please see “How Can You Immigrate To The United States Through Investment?”)

A person who has been granted refugee or political asylee status is eligible to apply for permanent residence after one year. The number of refugees accepted is determined each year by the President. Approximately 80,000 persons a year are eligible under this category. There is no limit on the number of people who can be granted asylum each year. However, the vast majority of refugees and asylees come from relatively few countries in the world where political conditions allow for the granting of political asylee/refugee status.

Congress has created a diversity lottery program allowing 50,000 people to immigrate to the United States per year. Under a lottery-type procedure, nationals from countries with low rates of immigration to the U.S. may apply. Applicants must have at least a high school education or have worked at least two years in an occupation that requires at least two years of training and experience to be eligible to apply. Countries with low rates of immigration to the U.S. are countries from which less than 50,000 people have immigrated within the last five years. This excludes natives of the following countries: Brazil, Canada, China (Mainland-born), Colombia, Dominican Republic, Ecuador, El Salvador, Guatemala, Haiti, India, Jamaica, Mexico, Pakistan, Philippines, Peru, Poland, Russia, South Korea, the United Kingdom (except Northern Ireland) and Vietnam.

OTHER WAYS TO IMMIGRATE

For a very few number of people, there are other ways to immigrate to the United States. These include:

1. Cancellation of Deportation. This is available to persons who have been in the United States for more than ten years. However, in order to apply, you must be in deportation proceedings before an Immigration Judge. In addition, you must prove that there would be an exceptional and extremely unusual hardship on a U.S. citizen or permanent resident spouse, parent or child if you were required by the Judge to leave the U.S. Such hardship is difficult to prove. However, if you convince the Judge, you will be allowed to stay in the United States as a permanent resident. If you do not, the Judge will order you to leave the United States.

3. Persons who have worked with or for the Central Intelligence Agency.

5. Persons who have worked for fifteen years for the United States government abroad.

6. Persons who have had or will have twelve years of active duty in the United States military.

We hope that this article answers most of the frequently asked questions, which we receive in our office about how to immigrate to the United States. If after reading this you still have questions about immigrating to the United States or any other immigration matter, please CONTACT our office and schedule an appointment at our New York office. The information in this article does not constitute any legal advice. The law is constantly changing, and we make no warranties of the accuracy of the information provided.

2021 © A Sharma Law Firm, PLLC. All Rights Reserved | This web site is designed for general information only. The information presented at this site should not be construed to be formal legal advice nor the formation of a lawyer/client relationship.